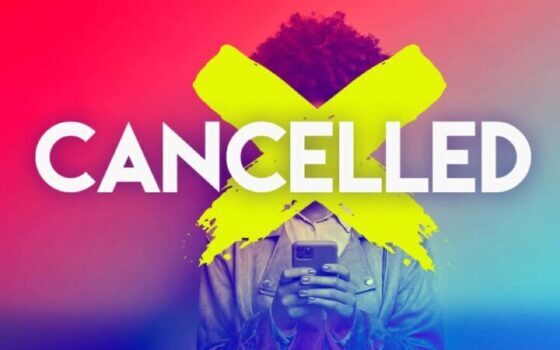 07 Jun The state of cancel culture

Posted at 09:31h in Culture by Keenan Harduth 0 Comments
2 Likes

Do you remember Justine Sacco? It was 2013, which may as well be an alternate universe on the social media timeline, but the infamous #HasJustineLanded incident was the first real cancel culture moment for South African Twitter. The then communications director was fired for her post, but has since recovered to a chief communications officer position within the InterActive Corp (IAC) Match Group.

Recent online cancel culture conversation has doubled in the first third of 2021 after South African social media seemed done with the trend at the end of 2020. On a global scale the Rainbow Nation only accounts for one percent of the voices calling out injustice.

Our social justice causes orbit the more relatable universe of #EndSARS, #VoetsekEFF and whatever is decided to prefix a #MustFall movement. Many times these noble efforts are hijacked by Bell Pottinger-style bots or common and garden clout seekers and subsequently muted by the community.

It’s interesting that the cancel culture trend showed a decline at the close of 2020 when arguably the biggest consequence of media outrage afflicted a once-beloved socialite.

The controversy around Katlego Maboe and Outsurance has been sustained in the media and online communities for months, even until this month. From an online perspective the story was probably the most talked about issue for Outsurance in the last year, according to consumer research data from Brandwatch. In fact, it was one of the biggest and most engaged with stories related to the insurance industry locally.

We learned from the support that rallied around Maboe when his SA Film and TV Awards (Safta) nomination was rescinded, and a smiling appearance at Boity Thulo’s birthday party, that, in the fullness of time, South Africa’s most vilified victims of cancel culture can live normal lives. Even sometimes growing their fame and influence, as evidenced by the Dinner at Somizi’s drama. This, along with the continued commercial growth of brands like H&M and Clicks, demonstrates the power dynamics of Mzansi’s social media landscape.

On one side you have the anonymous public who power a cancel culture machine that’s often led by dark motivations, and on the other you have public figures and beloved brands that do not have the same luxury of anonymity and are held to unrealistic standards.

Online audiences favour immediacy over accuracy and overworked newsroom staff are leaning on social media sources to break news ahead of their competitors. This creates chaos in the feeds that can be navigated by savvy brand managers.

While the threat of cancel culture looms over the public space and PR strategy meetings, the current data shows that leading the conversation is the winning method to become cancel proof. If Justine Sacco can climb the corporate ladder after getting cancelled, anyone can.

You’re being cancelled, now what?
Here are the steps to successfully surf the social outrage wave.

Get an overview
Knowing the size and reach of the fallout is your first step. Mirror Mirror Africa uses tools like Brandwatch to gain a full view of the conversation as it happens across news and social feeds. When you know how big the elephant is, you can better decide how to carve it up.

Own the conversation
Acknowledge the outrage, gather the data and admit fault. Empower your support network (employees and brand ambassadors) to speak honestly and get the social graph trending towards the positive. Suggesting the next steps will seize the initiative from the dissenting voices.

Over correct
No investment in positive optics is too big. Hand some control of the corrective measures over to representatives of the marginalised group. Your brand’s relationship with its audience is worth saving – do what it takes to fix the mess.

Observe caution
Don’t feed the trolls and engage in online debate. All negotiations must be done on the brand’s terms but must also be transparent to the public. Let the crisis communications team and/or lawyers handle it, but maintain a gentle touch